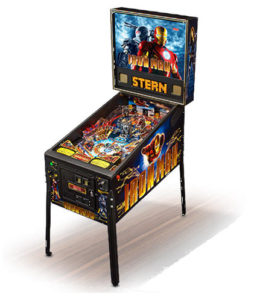 Iron Man has become one of the most popular super heroes Marvel has created. The playboy billionaire turned super hero has become one of the most successful Marvel characters to date. Both movies saw much success, and Iron Man was also able to make a leading role appearance in The Avengers movie as well. With Iron Man 3 expected to hit theaters next year, he is growing in popularity as one of the best-known super heroes of all time. Tony Stark may not have been gifted with super human abilities like the heroes he fights alongside, or the enemies he saves people from. But Tony decided to build a suit for himself so he can protect this world from the forces of evil. Many people love Iron Man for how he turned himself into a super hero, because that's what makes him the great super hero that he is.